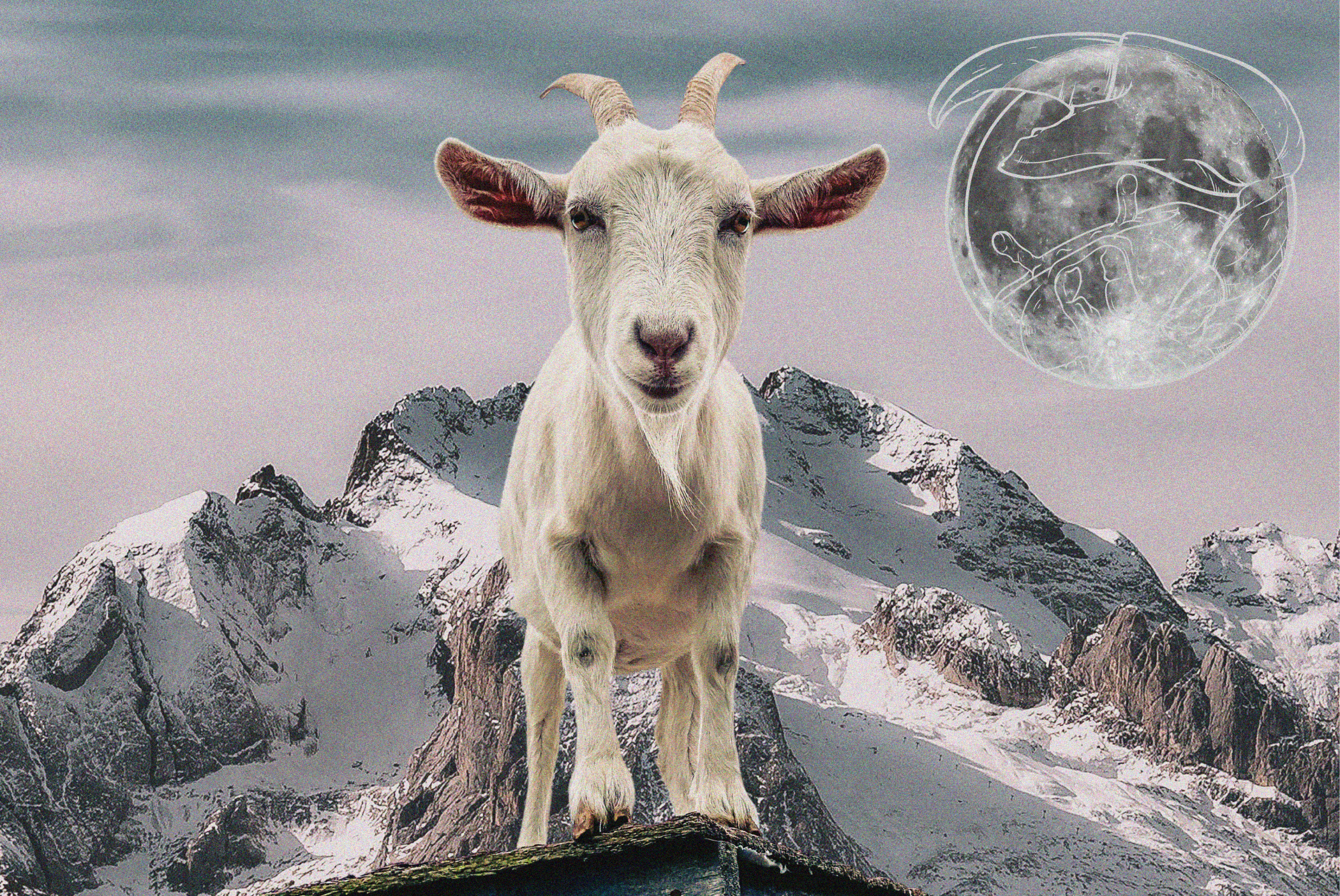 This season is all about doing what feels right to you and the Capricorn intelligence is backing you up every step. You’ve come a long way and acknowledging that is only the first step of an important journey. With the Winter Solstice, Wolf Moon, intuitive thinking, and more. This season (which lasts until Jan. 19th) is going to give you the energy you’ve been needing for that extra step up in your life.

Capricorn’s stick to themselves and then behind them is a world of knowledge. To put it simply, they are super wise and determined. As an analytical sign, their knowledge is always proven by facts, whether it’s been read in a book, documentary, art you name it, they know it or will be interesting in learning about it. They’re quiet but loud when they’re in their element. As an earth sign, they’re grounded, but as their own Capricorn selves, they can be choosey of who they hang with, so their inner circle is super important to them. Represented by the goat, it’s clear that they have a good leadership role. Think of those real-life GOATS (Greatest of All Time) in your life, chances are they’re a Capricorn.

Only Stretch for Workouts

If you’re feeling comfortable express yourself. If you want to chill then just observe from the side and enjoy whatever thoughts come up while people watch. You can either stress over a situation or choose to embrace the ride that’s ahead. Which will be a big theme this season. You’ll be feeling motivated to get things done and which will contribute to feeling content after. But don’t get too ahead of yourself. Make plans or do things that are within your limits. It’s not the time (it never is actually the time) to stretch yourself because you think it’s needed. Find a way to balance everything so you don’t end up feeling frustrated and overwhelmed.

On December 21st we’re welcoming the Winter Solstice also the shortest day of the year. What does this mean in terms of things coming up for the past, present, and future? Think of it as a rebirth. We’ve been carrying a lot on our shoulders so it’s time to take things into the New Year with a little less weight than we have been. Take the Winter Solstice prep for the upcoming year and sit with your thoughts, enjoy the outdoors, and unleash your creative side. The first full moon of 2022 will be on January 17th and is known as the Wolf Moon. The full moon will be in Cancer, so the strength from the wolf will be able to help keep the high emotions of the water sign calm. Stick with your pack going into 2022, you know who the real ones are.